Just added to your cart

THE HOME OF HOOPERS ™

Adding product to your cart

Nike released a superb marketing campaign in 1988.   The spots were directed by Spike Lee, who also starred in the commercials as Mars Blackmon.   Mars was a Jordan fan and a guy just trying to figure out why Michael Jordan was so good.   In the initial television spot, following a series of questions on what made Mike the best, Mars surmised, “It’s gotta be the shoes!”

Thought provoking for sure.  Maybe it was the shoes.  Could it be the shoes?  Could Air Jordans make me a better player?   I wanna be like Mike.  I want Air Jordans too!

Whenever I put on a pair of Jordans then, I would always feel I was capable of doing something I wouldn’t be able to do in another “normal” pair of shoes.  Maybe my fadeaway was a bit better.   Perhaps I got a little bit higher on my jump shot or when I grabbed a rebound.

Air Jordans helped me to dream!

Love it!! Will be purchasing more very soon 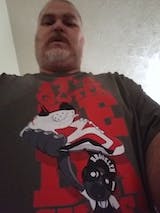